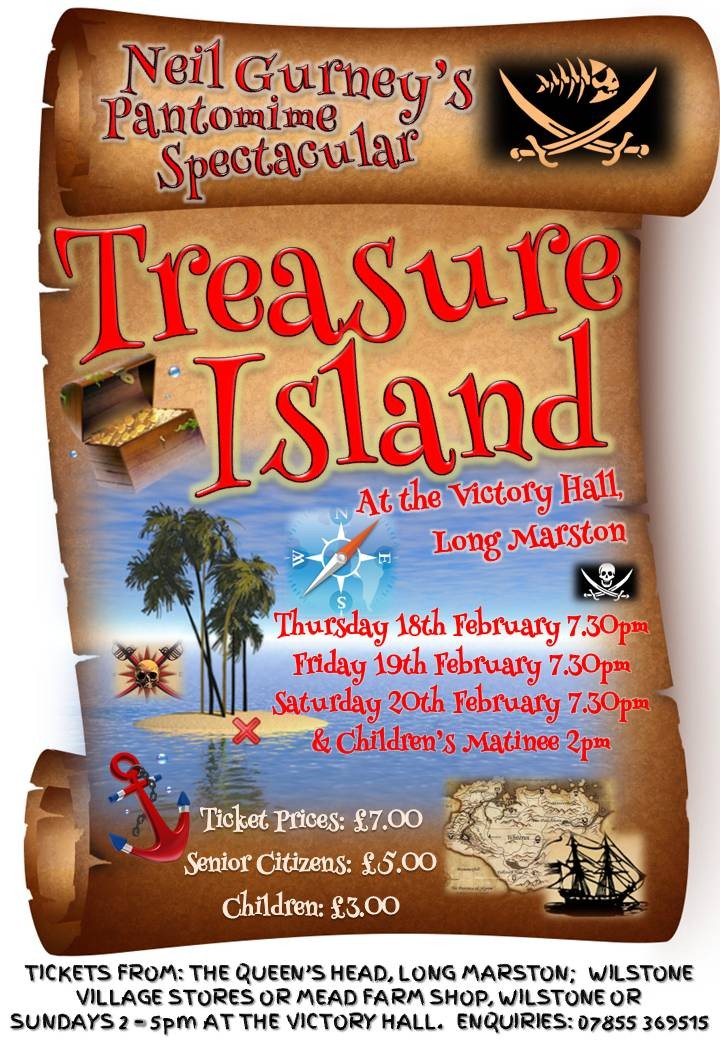 Christmas Carols Round the Tree 2014

The Horti committee are now recovering after an exhausting few weeks of staging our annual village pantomime, given an excellent review in last month’s magazine by our old friends, Luke & Rosa B Hind-Yew! Even so, we continue to plan for the future and are now thinking about our summer activities.

We are fully supporting Lee Diamond and his second Charity Football Match, which this year is being played on 2nd May (see poster). With an evening disco planned, he hopes to raise well over £1000 which is then distributed 5 ways to village groups. We then move on to the Marsworth Steam Rally on the 15th June, where the Horti and the village hall committee are running the burger bar. This promises to be a great day out so long as the weather holds, with several steam traction engines as well as a classic car rally and a wide variety of side stalls.

Our final event before the Annual Village Show in August is a community picnic to be held on the 22nd June. At the moment, no firm plans are in place on what to do on that day. I would like to use this column to ask the villagers of Long Marston what they would like to see happen.

The idea behind this is to provide a FREE community event that we can get as many Long Marston residents to come along to and enjoy, hence the idea of a simple picnic on the recreation ground behind the Victory Hall.

In order to get as many as possible to come along and join in, should I be looking to organise something along the lines of Tea at the Tower/Scarecrows Competition or just keep it simply asking people to turn up with their own individual picnics. In discussion with a few of my friends in the village, most agree that it would be a good idea to put on some sporting activity like a game of rounders, which people of all ages can play. Others have talked about a ‘theme’ for the day, like organising a cookery competition. Maybe people like the idea of ‘sharing’ food where everyone turns up with something different.

I am keen to take the lead on this, but need to get some ideas and support in order for us all to have a memorable afternoon (hopefully) in bright sunlight! I would welcome any comments before I plan anything, so would be very grateful if anybody would like to discuss this with me at their earliest convenience.

So what is a CIL and how can it affect me? Following a fascinating and rewarding weekend spent at the Eden Project in Cornwall, I have been very interested in finding out more about this. The Community Infrastructure Levy was introduced as part of the Town and Country Planning Act of 1990, updated as part of the Localism Act of 2011 and is a document of planning obligation which controls the development or use of land and requires a sum of money to be paid to the local authority to allow for local infrastructure. A percentage of any CIL has to be used on local community projects.

As part of the development currently taking place at Dixon’s Wharf, CALA Homes have paid a S106 Levy to the county council and at some stage a small amount of money from that will be released for spending on local projects. At the last Tring Rural Parish Council meeting, I understood that they will soon be issuing an online survey for parishioners to propose what this money, however small it may be, could be spent on. THIS IN SOME SMALL WAY COULD AFFECT US ALL, but you can only influence where it might be spent if you complete the survey.

“For too long, central government has hoarded and concentrated power. Trying to improve people’s lives by imposing decisions, setting targets, and demanding inspections from Whitehall simply doesn’t work. It creates bureaucracy. It leaves no room for adaptation to reflect local circumstances or innovation to deliver services more effectively and at lower cost. And it leaves people feeling “done to” and imposed upon – the very opposite of the sense of participation and involvement on which a healthy democracy thrives.”